More than a decade ago, during my days in PwC as an associate, I was involved in audits of Akhuwat and Kashf Foundation, the later being a pioneer in micro lending in Pakistan. I personally saw how these institutions had transformed lives of not just the poor people they were lending to but the whole communities. These institutions were relatively new in my country but the concept of micro lending wasn’t anything new. Seeds of micro lending were originally sown by Nobel Laureate, Professor Muhammad Yunus, around three decades before I was looking at these balance sheets and income statements, in Bangladesh in the form of Grameen Bank. In his enlightening account, Professor Yunus takes us on a journey through his struggles and challenges from being an economics professor to a “Banker to the Poor“.

It has perfected micro-credit by which it is sustainable (recovery rate of 98%) and doesnt depend on grants and charity. It has also pulled millions of people out of abject poverty by giving them the means to be self-employed. And it has also inspired many others in other countries to follow its model which have been largely successful too.

The book simplifies development economics, advocates concept of a capitalist economy with social conscience. Instead of tackling poverty at a macro level (through charity and aid organizations), Professor Yunus instead opted for “the worm’s eye view” and started Grameen back in the neighboring village of his university and championed the cause of giving cheap credit to the poorest of the poor, bound to a life of virtual slavery. The concept of micro credit is all about giving poor a hand up instead of a hand out. and advocates a capitalist economy with social conscience.

Grameen Bank, challenged the conventional banking system and has been a remarkable success (boasting recovery percentages of up to 98% on collateral free loans) and has transformed lives of millions and pulled them out of abject poverty by giving them a chance to provide for themselves. Where, most traditional banks consider micro-loans to be both risky and inconsequential (not worth the administrative burden), Professor’s narrative argues that the poor possess the highest incentive to repay the loans (when the whole process is made simple for them) as most stuck in poverty are smart and hardworking.

However, I was disappointed with sparse details on real life accounts of the actual borrowers and how micro credit helped them combat poverty. Professor stresses the importance of entrepreneurial capabilities of poor, but we only see very brief accounts of nobodies transforming into entrepreneurs. The mere statistically glorious achievements attained by Grameen Bank fail to have the impact the book could have actually had by showing what it means to the poor to have the opportunities.

Would development function differently if aid came in the form of charity?

Professor challenges the traditional charity and aid model of helping the poor, which is given freely without expectation of return. He argues that there is compelling evidence that charity does not eradicate poverty because poor become dependent on receiving aid and more than half the money is lost in the extremely bureaucratic process through which aid money trickles down.

“When we want to help the poor, we usually offer them charity. Most often we use charity to avoid recognizing the problem and finding the solution for it. Charity becomes a way to shrug off our responsibility. But charity is no solution to poverty. Charity only perpetuates poverty by taking the initiative away from the poor. Charity allows us to go ahead with our own lives without worrying about the lives of the poor. Charity appeases our consciences.”

I would agree with Professor’s assessment as there is staggering amount of aid, specially at a macro level, that is contributed every year with very little to no results to show for it. John Perkins in his bestseller, Confessions of an Economic Hitman, reveals the corruption and vested interests of international aid organizations.

Although charitable giving in and of itself is never a bad thing. A free gift without expectation of repayment carries the highest blessing for the receiver and is absolutely necessary for the destitute and sick. However, capital create a better society in long term. The moderately poor need a kick start and micro lending seems to be the best option in alleviating these struggles.

For me, this is a book more about courage and determination than on economics or microfinance. As Professor mentions in the book, We need to learn from the real world. And the real world is just outside the classrooms. It is everywhere outside the classrooms. I would urge everyone to read this book, get inspired, and take action (if only to reduce the amount of ignorance in the universe of how much impoverished people of the world suffer and how some can be helped). 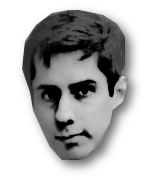